Synonyms: These are also known as Infra orbital recess cells.
Introduction:
These are pneumatized ethmoid air cells that project along the medial roof of the maxillary sinus and the most inferior portion of the lamina papyracea.
This air cell lies below the ethmoid bulla and lateral to the uncinate process.
Commonly these cells arise from anterior ethmoid air cells and are closely related to the infundibulum. Rarely these cells can arise from posterior
ethmoidal cells in which case it does not compromise the infundibulum.
Infections involving these cells can compromise and narrow the infundibulum causing obstruction to the drainage of maxillary sinus ostium.  It has been suggested that infections involving these cells could be a factor in recurrent maxillary sinusitis.

Posted by Unknown at 1:43 AM No comments:

The Tamilnadu Dr MGR Medical University MS(ENT) Basic sciences September 2009 question paper with solution
Get it from here.
Posted by Unknown at 8:46 AM No comments:

Watery discharge was seen flowing out of left nasal cavity. It was more pronounced when the patient bent down. 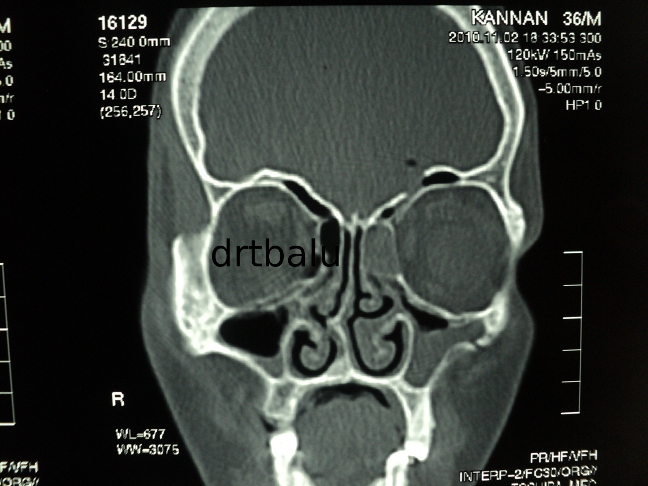 Posted by Unknown at 6:04 AM No comments: 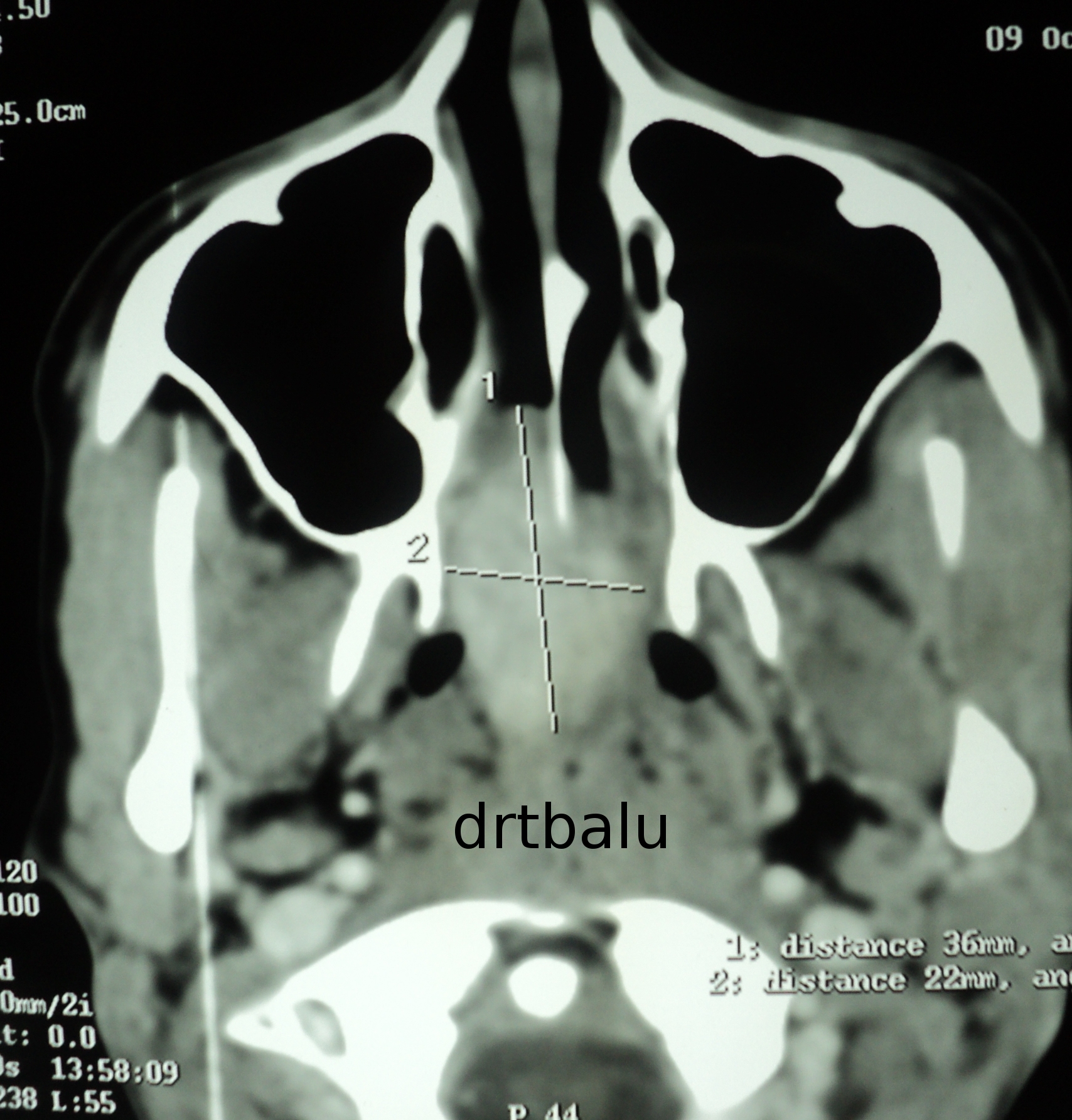 This patient was taken up for endoscopic sinus surgery and the mass was removed completely in toto.
Histopathology report - fibroma
Fibroma involving sphenoid sinus and post nasal space are commonly vascular (angiofibroma). In this case the fibrous elements
predominated and hence the mass was not enhancing in contrast CT. There was no abnormal bleeding during surgery.

In my continuing effort to help out post graduate students of otolaryngology I have uploaded the MS (ENT) Basic sciences question paper with solutions of Tamilnadu Dr MGR Medical university.

Basic sciences post graduate question papers have always been dicey.  Unless you prepare diligently for the same you may encounter pit falls.  The whole question paper has been broken down into sub topics i.e. anatomy, physiology, pathology and biochemistry.  Since each of these sections will be evaluated by different examiners belonging to basic sciences department you need to concentrate equally on all these sections.